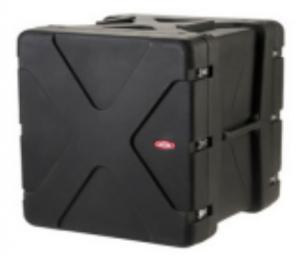 Function 1 : All signal detection & collection in the area

Function 3 : Intelligent information alert (send group messages to all users in the area)

Function 4 : Locate all users in the area

Prisons are important part of the national judicial organs, and they bear the important mission of implementing legal disciplines and educational reforms. The safety of prisons is related to the stability of society and plays an important role. Therefore, the construction of prison security systems is particularly important.

In recent years, due to the emergence of many vicious incidents such as fraud and flight abroad in the national prison system, the incidents that have been investigated have been related to mobile phone communications in prisons. The Ministry of Justice attaches great importance to this - cell phone communication is prohibited in the prison area, and some prisons strictly enforce the rules of the Ministry of Justice, requiring police officers to enter the prison area without carrying mobile phones.

This has brought several criticisms to prison management:

2). Failure to notify prisoners of emergencies, prison fires, violence, natural disasters and other emergency situations in a timely manner.

Therefore, Shenzhen Shuizhidao Technology CTTherefore, Eastlonge shoulders this difficult task and independently develops and produces a set of “Prison Communication Control System”, which is launched to the prison department and can truly implement the best solution for call control, improving the intuitive management and prevention. And convenience. (Of course, this solution can be completely and effectively transplanted to public security departments, security departments, military enterprises, security units, etc.)

1). All signals detection & collection in the area

Enter the coverage of the 'Prison Communication Control System', that is, under the control of the system, 2/3 / 4G full frequency sweep, super high-speed special detection code number, detection method is invisible direct acquisition, and the target is not perceived Communication, lock into range mobile phone, determine approximate location of target and control communication.

White list: Conditional, pre-entered communication authorization. The system allows designated users to bring mobile phones into designated areas, but after entering the area, the communication permissions of mobile phones need to perform specific functions in accordance with rules pre-planned by the system user. According to different personnel levels, the following AC and DF permissions are free combination:

A. (Answer) all incoming calls;

B. (Answer) Intra-group calls of the unit;

This system can perform different authorizations for different personnel, and the authorizer can control the controlled personnel to obtain different combinations of permissions between A and F.

The system can support the function of sending text messages to users in the area, in order to promptly release messages to employees in the area in the event of fire alarm, natural disaster warning, air strikes, etc., so that employees can make various preparations in advance.

4). Locate all users in the area

The system can support all users entering the area for positioning. If an illegal user breaks in, under the system's alarm prompt, the administrator can locate a user through the system and issue an instruction (send a message) to the armed police on duty to find it, or directly send a warning message to the illegal user to Warning effect.

The system can implement functions such as imitation of any mobile phone number. Due to the legal factors involved, the introduction of such functions is simplified here, and it is not open to users other than the military, public security, and national security when the project implementation object is selected.

The system functions may be upgraded or changed after the current stage, so that the functions can be increased or decreased according to different places of use. The extended functions of the solution are as follows:

If necessary, the system can implement functions such as monitoring and recording of fixed objects. Due to the legal factors involved, the introduction of such functions is simplified here, and it is not open to users other than the military, public security, and national security when selecting project implementation targets

The system can effectively detect whether the employee's phone uses the phone number assigned by the unit according to the requirements. If the employee's long-term phone card is separated and used, the system can lock its call, text message, and Internet access functions, and the unit's relevant management staff determines the punishment. Measures.

The system can support the global satellite positioning function of the smart phone. This function can be embedded in all smart phone user systems of the unit and regularly report its location to the integrated management platform. The integrated management platform can also actively request and obtain mobile phone users. Location information in order to see if employees have breached confidentiality, defection, etc. at the same time, this feature can also effectively track stolen mobile phones or rescue kidnapped employees.

This part of the user is the management object when the system was designed. There are nearly 700 prisons in China and more than 1.6 million people in custody. For many years, jailbreaks, abductions and frauds caused by personal mobile phones have continued. How can prison communications be fundamentally resolved? Management has become a "big boss" issue, and prisons or their competent units across the country are also seeking a solution that can be effectively controlled, but before the system appeared, no technology company had achieved this function. The "Prison Communication Control System" under the Fushun First Prison in Liaoning Province is a project that the Ministry of Justice attaches importance to, and a pilot project established by the Liaoning Provincial Prison Administration. The successful development of this project marks the entry of prison communication management into a new era. It also marked the opening of the country's prison gates to the system. At the same time, the system can be translated to detention centers and juvenile correctional facilities.

The Public Security Bureau, the National Security Bureau and other departments have strict confidentiality requirements during daily work or arrest. In the past, these departments used administrative measures such as handing in mobile phone hosting or prohibiting the carrying of mobile phones for work. In addition to the poor communication between work, the implementation of administrative requirements could not be verified, which led to the phenomenon that small people could not be found, and large cases were leaked in advance.

In addition to effectively solving the above problems, the application of the system can also effectively discover the illegal equipment carried by employees or visitors who violate the regulations. The system also passes the functions of “vehicle block management”, “canteen management”, “access control”, “attendance management” and other functions. Provides good information and paperless office support for such departments.

After the simplification, the system can be used in the secret conference rooms of large state-owned enterprises (such as: PetroChina) or large multinational enterprises (such as: Lenovo Group), so that business leaders (speakers, etc.) can keep the communication open at any time, but the participating employees cannot take the initiative Functions such as communication with the outside world are beyond the progress of ordinary conference shielding equipment.

National leaders and important management personnel of enterprises are visiting some important decisions of the country or the company, as well as peaceful exchanges with each other, but the security of the visits has always been threatened by terrorists. Although some security departments carry out personal protection, there are often terrorist activities. The system can timely detect any risks that may be posed to leaders, and stop abnormal phenomena and signs in time.

Thank you! Your message has been sent to the following suppliers.